Skip to Content
Cabin at Lightning Ridge
14 ROOMS for 14 to 70 Guests
No reviews available
From 28 AUD per night
No Wifi / Internet
Clubs, Restaurants, Nearby attractions 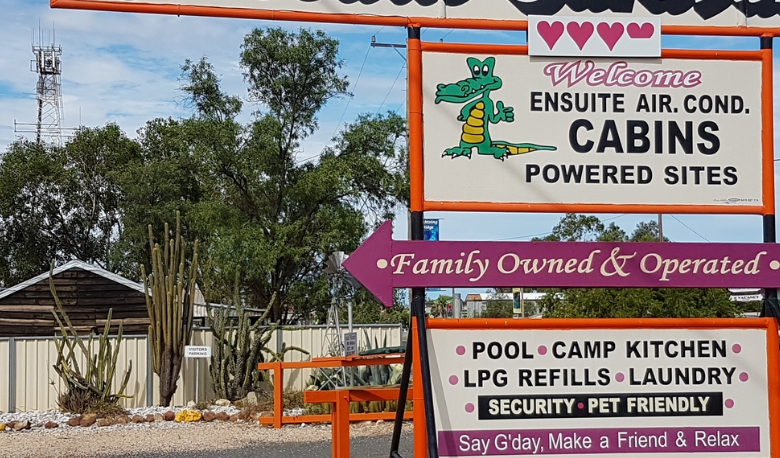 A privately owned and operated boutique park that offers friendly service and is clean. Crocodile Caravan and Camping Park have Ensuite Cabins, Standard Cabins, On-site Vans and grassed Powered Sites. Most say the best camp kitchen they have ever seen which includes barbecues, gas hotplates, pizza oven, microwave, kettle, toaster, fridge, freezer, crockery and cutlery. There is a pool that is opened only in the hot months, LPG refills, great showers, security cameras and the park is fully fenced in for security.

Ensuite Cabins sleep one to six people, and consist of a fully self-contained kitchen, fridge, microwave, shower and toilet, double bed and bunkbeds, television and DVD player, air-conditioning and heater.

The vans are in old condition but clean and ideal for any persons on a budget. They consist of a self-contained kitchen, small fridge and a double bed, television, air-conditioning, heater and outside an attached annex.

Linen is not supplied, but may be hired.

Standard Cabins sleep one to six guests, and consist of a self-contained kitchen, fridge, double bed and bunkbeds, television, air-conditioning and heater.

The beds come with no linen included, but linen may be hired.

There is a clean ladies and mens amenities block with high pressure hot showers that are pumped from the artesian basin and have no odour.

Rates from 28 AUD per night

Rates are for 2 people only. Extra adult is $10 per night and extra child is $5 per night

No reviews available! Would you like to submit the first review ? Submit Review
Book a Room
Have a Question?
Message Owner
BOOK CONTACT
Back to top